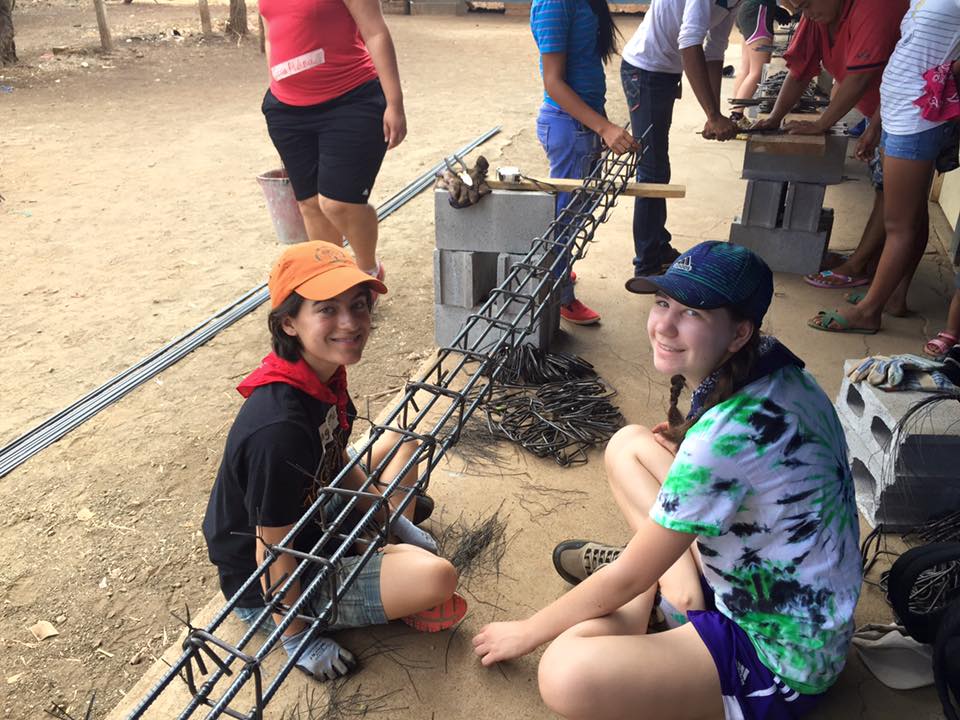 We started the morning with more of the same building activities at the school, except for the addition of one job, searching for river rocks that could be used as part of the construction. When the community kids noticed that our kids were collecting rocks, they went out and gathered rocks in piles on the side of the road contribute to the project. When the truck was packed with rocks, there was not enough room for the children of El Papayal to fit in the truck so the Sonoma youth walked back to the school in the scorching heat holding hand with the kids. Solidarity in action! This experience, the Sonoma youth and the Nica youth never cease to amaze me!

Another good day of work! One group of Sonoma youth ran a bracelet and necklace making activity that kept all the kids in the community engaged for at least a couple of hours. There were also several adults and young adults helping us with the building.

We returned to Villa Japon for lunch. All the kids fell in love with love with probably the most charming 13 year old we have ever met. Have them tell you about Kevin. Well let me tell you a little… Kevin sat my me during our lunch and spoke to me about how much he loves being around people from the United States because it makes him happy and feel cared for. He introduced me to his brother (who are 5 & 7 years old). We spoke about many different things, including philosophy! He is a very deep thinker! After our group are, Dora-Aldina served up bowls of lunch for all the kids. Aron (Kevin’s 5 year old brother) told me that this was the first thing had eaten today (it was 1:30pm). When Dora-Aldina gave the kids a second bowl of lunch, Kevin asked for a bag into which he poured his soup to bring home to his mom. I could probably fill the entire night writing Kevin stories, so I’ll just tell you that he’d kiss the girls hands and he asked me if he could call me Tia. 💖 Everyone wanted to bring him home with us! (Myself included)!

After lunch, we returned to the home of a community member where we ground corn and make tortillas. (This process took well over 3 hours!) The neighborhood kids all played baseball, soccer and “riding horses” for several hours during the cooking.

After dinner we had the honor to learn about Julian’s experiences during the Revolution and then we sat under the full moon and played (and sang songs) until bedtime. 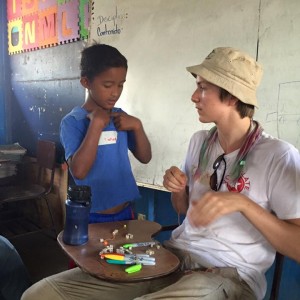