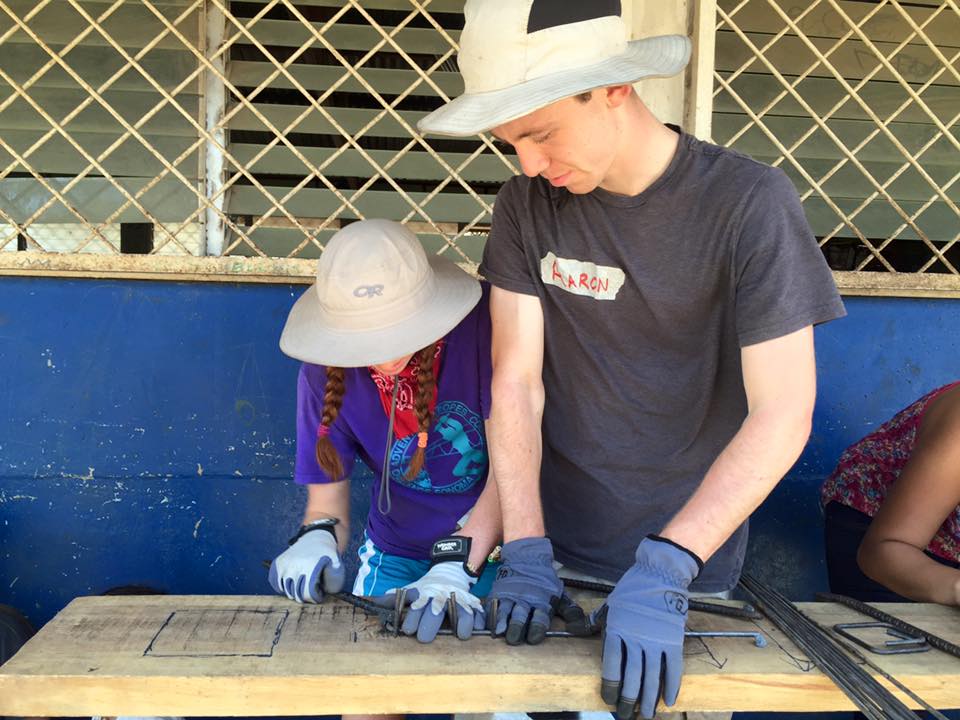 Today we started the days in El Papayal working on the classroom just as yesterday. The jobs were the same as yesterday and our kids as hard working and engaged as always. The activity of the day was an Easter egg hunt that was over in about 5 minutes! I don’t think that I mentioned yesterday that the kids learned how to mix concrete Central American Style! Today there was more concrete mixing with sand, water, concrete bags and LOTS of mixing with shovels!

We had lunch back at Mundo de Fe and headed off to Pedro Arauz to see what has happened in that community since we were last there a year ago. As soon as we stepped off the vans we were all being hugged by kids, parents and grandparents from last year! It was so sweet. Rocky said that even though she wasn’t here last year, she was hugged as soon as she stepped off the van! Last year we helped build a fence around the one room school. This year they had tomatoes and papaya planted all along one aide of the school. They sell their crops to raise money for the school. There was also a two room learning center that had been built by SOL in which preschoolers attend school in the mornings and adults attend classes in the evenings. Our kids knew the names of all the kids in the community, from last year! It was amazing! It was so sweet to see familiar faces and many of the kids were amazed how they had grown and what they could do now.

On our way home we drove through the Chureca (dump) and watched people sifting through the burning garbage to look for anything they could sell for some cash. The van went silent. We took some very powerful images of people silhouetted in black against the smoke filled sky as they walked through the burning garbage. There is a community called Cuidadela of nearly 8,000 people who live across the small street from the dump. The entire family spends their time searching through other people’s garbage so they can survive. It was very hard to see.

On the way home we stopped at an amazing smoothie place, which lifted the spirits and left us a bit full for dinner. After dinner, Casey and Silvia (a new SOL staff member) spoke to us about immigration, shared several details and personal stories. Arianet also shared her mom’s immigration story. It was an impactful conversation and I respect and appreciate so many voices in these conversations.

These days are just so amazing in so many ways! One of our girls was even asked to Prom by one of our Sonoma boys in a very sweet Nicaraguan way, perfect for the trip! I’ll let you get the details from the kids when they get home. Today, after our morning of work, we are off to Laguna de Apoyo for the afternoon and to spend the night. We won’t be back to Mundo de Fe until Friday evening (possibly late) and I’m not sure what the Internet situation will be like at the other place. I’ll keep you posted as much as possible! 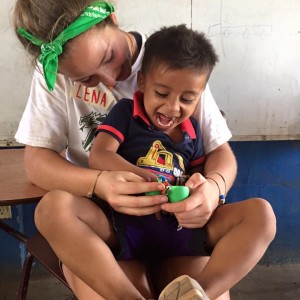