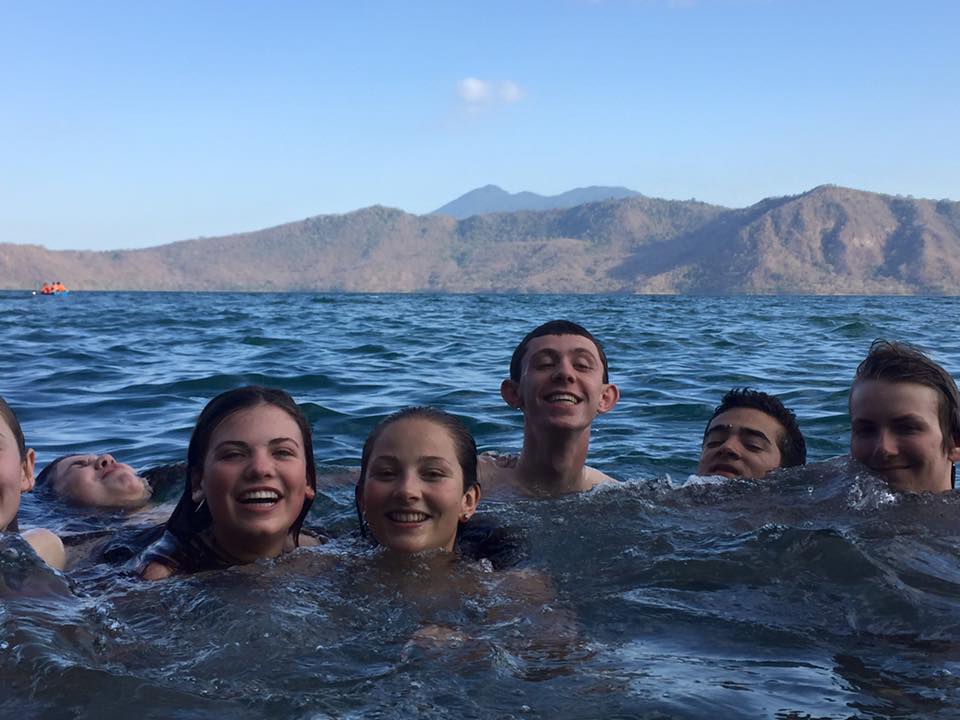 So let me go back and start where I left off. La Laguna de Apoyo was breathtaking! The sunrise with these beautiful young people was sweet! Watching their pure love of nature as they swam and played in the water from 5:30am until breakfast at 8 was a total treat. I even swam quite a ways out into the lake and simply floated for a long while as the sun lit up the sky.

After breakfast, we packed back up to head off to a rare Easter festival. It was in the packing that we discovered the true culprit who caused Amy’s shrieking. She came running out again saying, “there is either an iguana or a scorpion in my backpack!” Who knew those two things could be confused! It was a mean little scorpion! I think she felt vindicated that all that fuss was over something bigger than a bee sting!

The festival of Judas was amazing and unlike anything elsewhere in the world. I’ll let the photos, videos and kids tell you about this adventure.

We had a very yummy lunch and then went back “home” for dinner. The kids played soccer, capture the flag, and sardines before Julian brought a cake for Amy’s sweet 16 celebration. That is the story of yesterday! 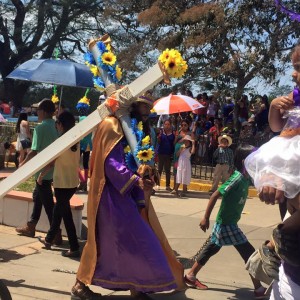