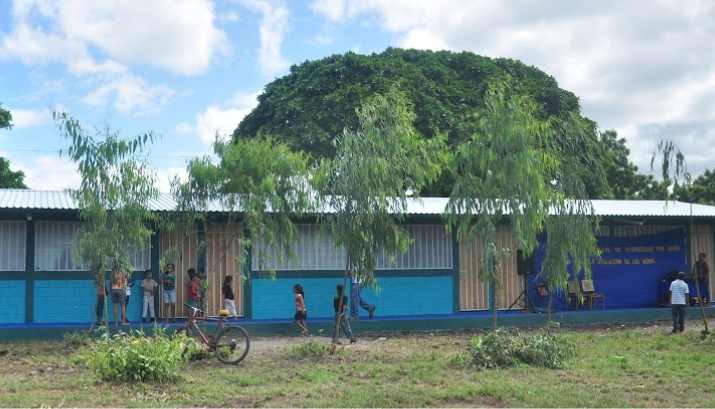 Villa Japón is a rural community of about 3,000 people in the municipality of Tipitapa. Most members of the community work on large farms owned by national and foreign companies or in nearby free trade zones. Most families earn barely enough to support their most basic needs. They live in conditions of extreme poverty, and houses are made of plastic tarp, cardboard and sheet metal.

Seeds of Learning began working with the Villa Japón community in 2013, when we expanded the local school. Together, Seeds of Learning staff, community, and international volunteers built three classrooms and new bathrooms. In 2014, the work together continued with a digital learning center. The two-room center houses books, a digital library, and a children’s room.  The space is also used to host technology classes, vocational workshops, and music and dance classes. 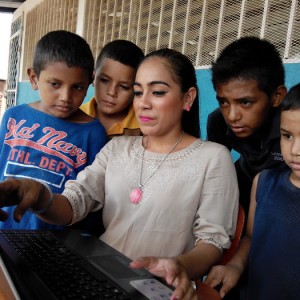 Since SOL began working with Villa Japón to build new and improved classrooms in 2013, enrollment has increased. The school still has several rooms that are overcrowded, and continues to use one provisional classroom. This space is completely inadequate for the school’s educational needs.

In 2017, SOL will continue to work alongside the members of the Villa Japón community and international volunteers to build three additional classrooms. The new classrooms will have moveable walls, which will allow it to be converted to a big auditorium as needed. In addition to finally alleviating the overcrowded conditions, the new classrooms will provide enough space for the Nicaraguan Ministry of Education to begin regular high school classes during the week. We also expect that enrollment in the primary school will increase by at least 50 students. View photos of the 2015 classroom inauguration here.

January, 2018 Update: The third and final phase of the Villa Japón 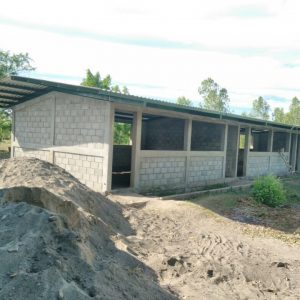 school project is underway, with the walls now completed and the roof on. We are currently bringing the floor up to level so that it can be poured, and then it’s just windows and doors and painting before inauguration. This project has faced many obstacles, especially inclement weather. On one occasion, the first big rain of the season filled the trenches with mud, which had to be cleaned by hand (thanks to the all-start team of University of Nebraska Athletics for taking this on!). We hope to have construction finished in January, so that students can being the 2018 school year in the new classrooms.